The auto-focus function of the video camera attempts to record an object it can not focus on; the camera's auto focus mechanism requires a much larger area or a sharper image than provided. This sets up a perpetual mechanical effort to focus, resulting in a pulsating image on the video monitor resembling a slow heart beat.

This work explores the breakdown of supposed reliable forms of perceptual processing: devices made to mimic the human eye. The lack of focus of the photograph results in an image that references the organic - biomorphic forms, cell division, cancerous growths - converging body and object. 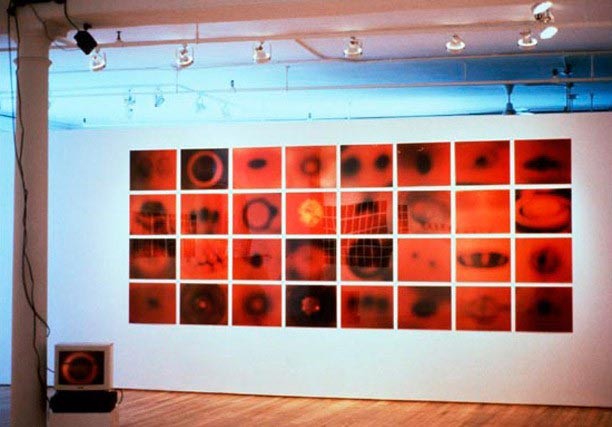 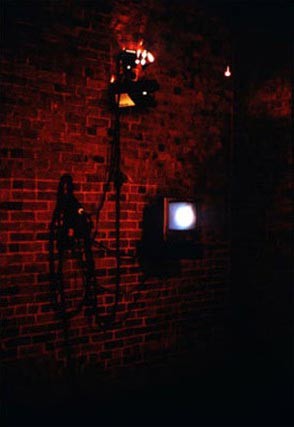